It also allows her to spend the first sixty pages of the novel introducing you to the victim—and any number of people who have a motive to kill her. CC is, in fact, a marvelous character, full of mischief and meanness and evil, even unable to be kind to her daughter —in fact, the kind of character you love to hate and would be happy to murder yourself. Forutnately, someone does it for you. That brings Inspector Gamache to Three Pines, a tiny town in Quebec that serves as the setting for most of the Gamache novels.

But Gamache and his team are more than up to the task, figuring out not only who killed CC but also solving a related murder and untying several other mysteries in the process. Penny uses the history of Canada and the individual personalities of its inhabitants to illuminate her stories, taking on huge themes—love, friendship, and guilt—while keeping the crime central and staying true to the cozy mystery genre.

There were times when I lost track of important elements or just stopped following the intricacies. Her writing is more than enough to do that. Might as well. But her silence remained, eloquent, her face impassive. Anything CC didn't like didn't exist. That included her husband and her daughter. It included any unpleasantness, any criticism, any harsh words not her own, any emotions. 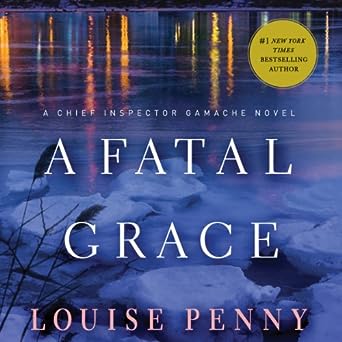 CC lived, Saul knew, in her own world, where she was perfect, where she could hide her feelings and hide her failings. He wondered how long before that world would explode. He hoped he'd be around to see it. But not too close. People are cruel and insensitive, she'd said. Cruel and insensitive. It wasn't all that long ago, before he'd taken the contract to freelance as CC's photographer and lover, that he'd actually thought the world a beautiful place. Each morning he'd wake early and go into the young day, when the world was new and anything was possible, and he'd see how lovely Montreal was.

He'd see the children in autumn gathering the fallen chestnuts to play conkers. He'd see the elderly women walking arm in arm down the Main. He wasn't foolish or blind enough not to also see the homeless men and women, or the bruised and battered faces that spoke of a long and empty night and a longer day ahead.

But at his core he believed the world a lovely place. And his photographs reflected that, catching the light, the brilliance, the hope. And the shadows that naturally challenged the light.


Ironically it was this very quality that had caught CC's eye and led her to offer him the contract. An article in a Montreal style magazine had described him as a 'hot' photographer, and CC always went for the best. Which was why they always took a room at the Ritz. A cramped, dreary room on a low floor without view or charm, but the Ritz. CC would collect the shampoos and stationery to prove her worth, just as she'd collected him. And she'd use them to make some obscure point to people who didn't care, just as she'd use him. And then, eventually, everything would be discarded.

As her husband had been tossed aside, as her daughter was ignored and ridiculed. The world was a cruel and insensitive place.

And he now believed it. He hated CC de Poitiers. He got out of bed, leaving CC to stare at her book, her real lover. He looked at her and she seemed to go in and out of focus.

He cocked his head to one side and wondered whether he'd had too much to drink again. But still she seemed to grow fuzzy, then sharp, as though he was looking through a prism at two different women, one beautiful, glamorous, vivacious, and the other a pathetic, dyed-blonde rope, all corded and wound and knotted and rough. And dangerous. He recognized it immediately as an artist's dossier of work. It was beautifully and painstakingly bound and printed on archival Arche paper. He flipped it open and caught his breath. A series of works, luminous and light, seemed to glow off the fine paper.

He felt a stirring in his chest. They showed a world both lovely and hurt. But mostly, it was a world where hope and comfort still existed. It was clearly the world the artist saw each day, the world the artist lived in. As he himself once lived in a world of light and hope.

The works appeared simple but were in reality very complex. Images and colors were layered one on top of the other. Hours and hours, days and days must have been spent on each one to get the desired effect. He stared down at the one before him now. A majestic tree soared into the sky, as though keening for the sun.

The artist had photographed it and had somehow captured a sense of movement without making it disorienting. Instead it was graceful and calming and, above all, powerful. The tips of the branches seemed to melt or become fuzzy as though even in its confidence and yearning there was a tiny doubt.


It was brilliant. All thoughts of CC were forgotten. He'd climbed into the tree, almost feeling tickled by its rough bark, as if he had been sitting on his grandfather's lap and snuggling into his unshaven face. How had the artist managed that? He couldn't make out the signature. He flipped through the other pages and slowly felt a smile come to his frozen face and move to his hardened heart.

Maybe, one day, if he ever got clear of CC he could go back to his work and do pieces like this.

He exhaled all the darkness he'd stored up. What else is this book about? What are some other themes? Agent Nichol is an extremely controversial character in the books. What do you think of her?